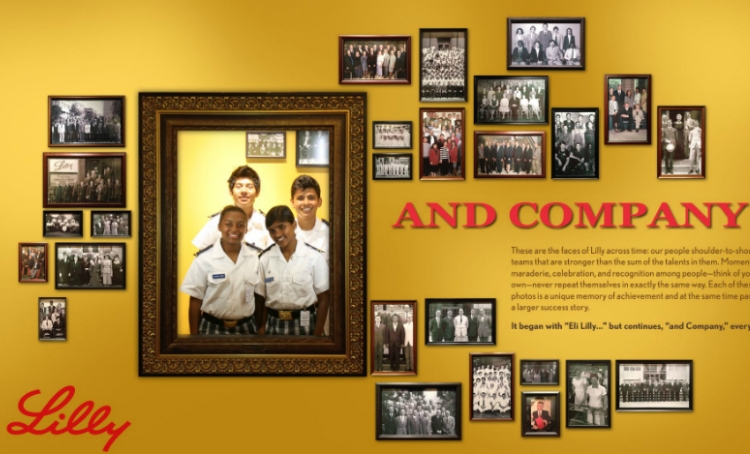 Christel House students from around the globe visited the Eli Lilly & Company headquarters in downtown Indianapolis during their visit to Indiana this summer. Daniel and Jukari (CH Mexico), Naseefah (CH South Africa) and Archana and Daniel (CH India) – along with Ashley (CH Academy), who was unable to attend the event – spent their summer at Culver Leadership Academy and visited Lilly headquarters before returning home.  During the event, Eli Lilly and Co. Foundation president Rob Smith, and Wilfred Mascarenhas of the Lilly India Network, presented the students. The students spoke with current and former Lilly employees about their rewarding experience at Culver, and what being a part of the Christel House family means to them. View the event photo album: https://www.facebook.com/media/set/?set=a.10152576859573851.1073741845.70083503850&type=3

Here’s what Naseefah (pictured right) had to say:

My name is Naseefah Adams, born November 11, 1999. I am currently in 9th grade at Christel House South Africa. I live in Manenberg, a place famous for gangsters, alcohol abuse, drug abuse and even physical abuse. I have seen many tragedies happen in front of me – shootings, stabbings, men beating up their wives. Growing up, I thought this was the only world I would ever see. I thought drugs and alcohol were the right way to go, that everyone must do them.

Starting school at Christel House was life changing. I learned humility, respect and how to love one another. I never thought I, as a so called “coloured” would be friends with a so-called “black.” Being at Christel House has taught me how to appreciate other peoples’ differences and how to even appreciate my own differences. Christel House showed me the bright side of life and that in life, for every problem, there is a solution. With real love from my teachers, I could never go wrong. Being in Christel House has immensely helped me and my family, in terms of financial problems. My mother is unemployed and my father works part time, but still I appreciate everything they do for me and the love they have shown me throughout the hard times.

I am a very talkative person who loves to communicate with people. I love exploring new things. I love educational challenges – I am always up for one. I think my community is my biggest challenge, but I am going to turn it into my fuel to succeed. I want to show my peers and family that your background doesn’t determine your future and because of Christel House, my future is surely bright.

My hopes for the future are to study at a university and become a chartered accountant, to break the cycle of poverty, to give back to my community, and to be an inspiration to many young people out there and show them – it doesn’t really matter where you’re from but what you do with your circumstances.