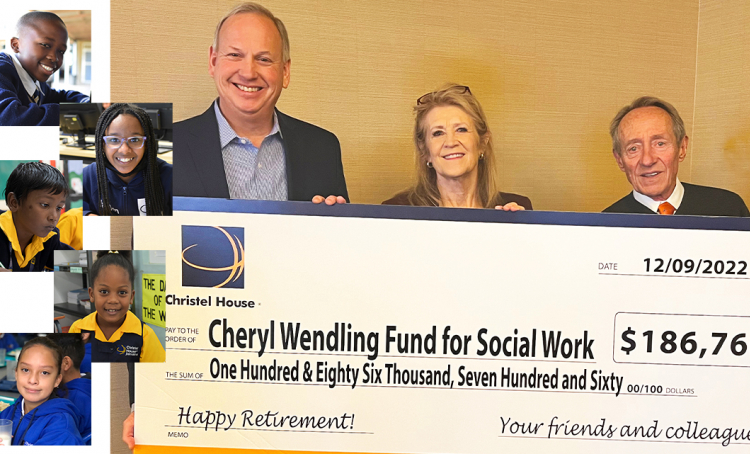 Due to the amazing response from friends, colleagues and supporters to the special campaign, Christel House is establishing an endowed fund, which will exist in perpetuity. Distributions from the fund will be used to offset costs of Christel House school social work programs in each country. For Cheryl, the announcement was an emotional moment. “I was speechless,” she said. Janell Voss, a longtime friend, shared why she contributed to the fund. “Having known Cheryl and knowing the kind of person she is, what this fund would do for the children of Christel House, I felt compelled to help.” Peterson praised Cheryl’s commitment to Christel House. “Thousands of current and former students and their family members are living much better lives today because of your work,” he said. “On their behalf, and on behalf of the Christel House staff that reveres you, we say ‘Thank You.’”